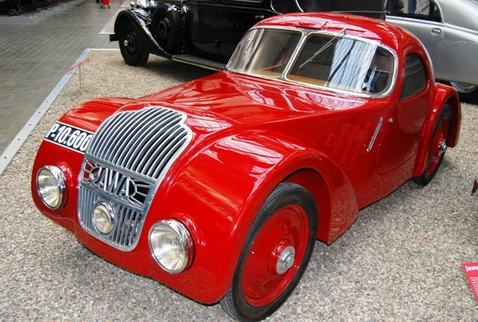 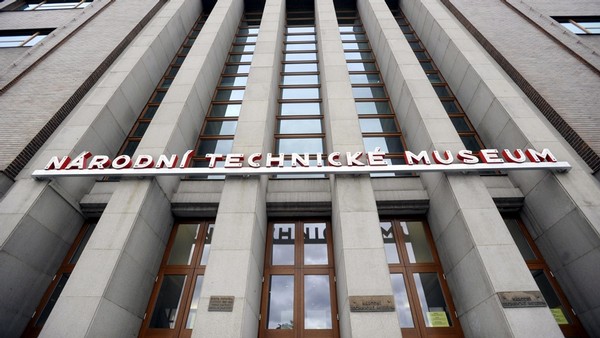 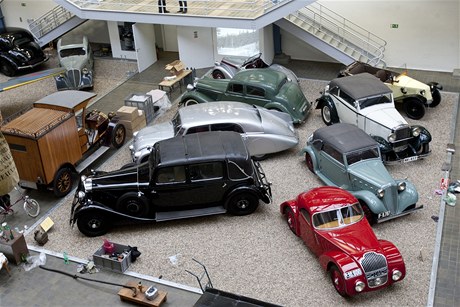 The predecessors of the National Technical Museum in Prague (NTM) can include collecting activity professional engineering school (founded in 1717 in Prague), the related Polytechnic Institute (founded 1806) and finally the opening of the Czech Industrial Museum, founded Vojtech N?prstek 1874. Part of his collection was even later in the 20th century passed to this NTM. Its founding ceremony took place at the inaugural session of the 5th July 1908 (see below). Technical Museum was named the Kingdom of Bohemia with the document using a program geared collected products, machinery, equipment and vehicles the main development directions of technological and industrial development of the Czech lands in relation to foreign countries. NTM initiative was born out of technical intelligence, especially professors Czech Technical University in Prague . It was organized on the principle of federal and worked under the name of the Technical Association of Museums Kingdom of Bohemia, whose members were not only individuals but also collectively, businesses, factories, banks and professional corporations, such as cukrovarn?ku. Society was divided into training groups by industries and sectors such as mining, metallurgy, construction, transport, sugar, textile, glass and more. On 28 September 1910 Technical Museum opened to the public first exposure in Schwarzenberg Palace at Prague Castle. After the Czechoslovak Republic in 1918 adopted a new name - the Technical Museum of Czechoslovakia. Thanks to public collections, donations and financial help from the state collected funds to build a new museum building on Summer. The architectural competition launched by the winning design came out of Milan Babu?ka (see history of the building). Construction started in 1938 and completed in 1941 already in the Protectorate of Bohemia and Moravia and immediately confiscated by the occupying administration for the Department of Posts. At the same time had the collection of the Technical Museum, renamed 1939 on the Czech Technical Museum, Schwarzenberg Palace to leave and move into temporary space in Karlin Invalides, which first arose in a small exhibition, but in 1944 the museum was completely inhibited activity. After the war, in 1945 the building was Summer on the difficulty to get back for museum purposes. In part, it succeeded only in 1948, when opened the first exhibition and exposition - biking, film, radio. At least one third of the building but also served other institutions until 1990. In 1951 the museum was nationalized and the Institute received its present name of the National Technical Museum. Action League was suppressed in 1959 and ended completely. NTM has become a museum and scientific institution controlled and funded by the state. The number of employees from 20 to 90, later to 130, and building on Summer opened a new exhibition - transportation, mining, metallurgy, astronomy, surveying, electrical, engineering, timing, photographic and film equipment. NTM are presented many exhibitions at home and abroad and its own research and publishing activities. His collections in its scope and value to the museum one of the leading institutions of its kind in Europe. In democratic conditions in 1990 was given the government's decision on Summer entire building available for museum purposes. Was another exhibition of telecommunications and new rooms for special exhibitions. In 2002 part of the collections and archival depositories in Invalides in Karlin flooded in high water. The consequences of this disaster to eliminate in the next decade, part of the collection was destroyed. The corrective action finally started construction of new modern depository in Cel?kovice and in 2003 started reconstruction of the main building on the museum building Summer. Its aim was to restore its original form designed by the architect babushka. In 2011 it was concluded the second phase of renovation work in February officially re-opened the first five exposures - transportation, architecture and engineering, astronomy, printing and photographic technology.